Note on the use of cookies:
This shop uses cookies. This is done both for technical reasons and for improving your shopping experience. If you continue to use this site, you agree to the use of cookies.
Accept learn more
x
COMVEC TruckVision camera mount

This camera mount is specifically designed for the TruckVision camera. Manufactured as a 3d print, the housing parts are light and stable. The housing consists of two halves, which are assembled in the form of a ball joint. The outer housing half can be easily attached to the model thanks to the integrated M3 nut. The cable of the camera is led out on the bottom of the housing. The inner housing half, in which the camera is attached by means of two screws, can be rotated and tilted in the other housing half. Thus, the camera can be aimed at the desired viewing angle.

The camera housing is particularly suitable for mounting inside the driver's cab of a model. There it can be mounted for example on the ceiling and thus is almost not noticable.

Suitable for this article 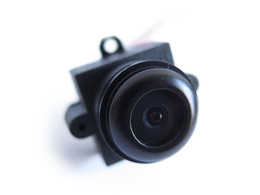 Other customers have also bought the following items

Please read our comments on the topics: